A few weeks ago I finally got the chance to go to NYA Lit Fest. They’ve already put on two events last year, but unfortunately I was working during both. This time, I got organised and booked it off months in advance, and made my way over to Preston early in the morning with Lauren, Beth, Amy and Luchia. 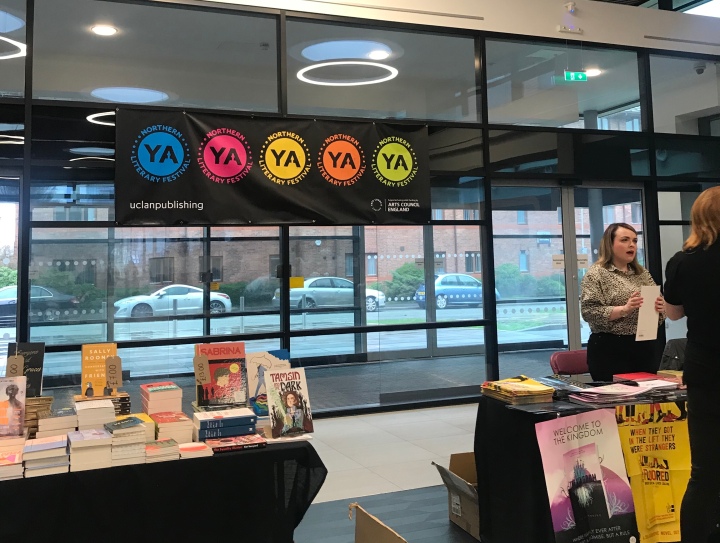 I have to say, NYA was a bit of a culture shock after attending YALC for the past two years. It’s a much smaller event, taking place in an entrance space and café in a UCLan building. However, it was amazing for what it was!

When we arrived I think there was a bit of confusion about what to do – the building had multiple entrances so there wasn’t one clear way to go and have your tickets checked. I believe the last two events have used a different building in the University so this was just down to it being in a new space. Once everyone was sorted and tickets were checked, we made our way onto the main floor to browse the stalls.

A few publishers were there, including My Kinda Book/Macmillan, Faber, Walker, ZunTold and more! I loved seeing Fiona’s Felfira Moon Designs stall, as well as Jenn’s Literary Galaxy stall. I’d gone with the mindset of not taking too much home, but I did pick up a few ARC’s and some pins from Fi. I also bought Summer Bird Blue by Akemi Dawn Bowman so I could get it signed by her.

Whilst there, we also saw a lot of other bookish friends. I love our northern community and it’s great to know that you’ll bump into people you know at these smaller events!

I have to say, one thing I really appreciated was how the panels were set up. The Uni lecture halls were used, and as Beth was introducing the Feminist Fantasy panel, we got front row seats to support her – she did great! The talk featured Rose Edwards, Lauren Eve, Samantha Shannon and was chaired by Melinda Salisbury, who discussed all things to do with, well, feminism in fantasy, feminist tropes, and Samantha’s Bella/Katniss dichotomy (where all female characters are expected to be a delicate, easily fainting, feminine Bella, or a masculine, emotionless and hardened Katniss). 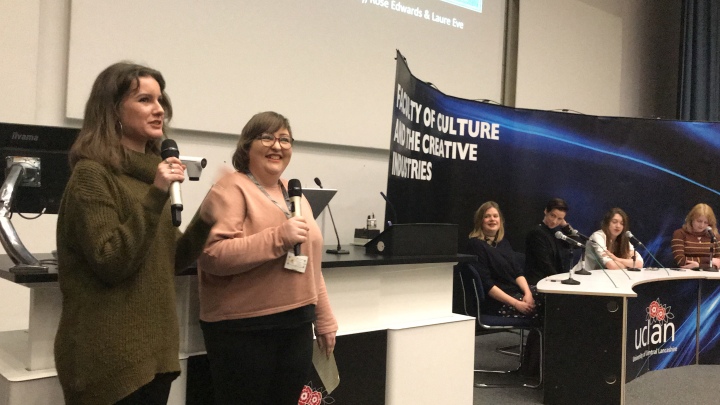 After the panel was a signing with the authors who were on it. We all went to the signing area, and as there was no indication as to where each author would sit, we all milled about in the middle of the room until we knew where each author had sat down. This had the potential to go very wrong, but despite the lack of queues, everyone was thankfully very polite and patient. At a signing later on, we remembered this and formed a queue to see Laura Steven, and everyone else followed this time around.

After the first signing, we had a chance to chill out and get some food – there were actually seats and a café where you didn’t need to take out a mortgage for a bottle of coke! YALC, take notes please! It seemed like a lot of people left after this, so after another browse around the main floor, we settled down for a bit to wait for the Laura Steven signing. Amy, Luchia, Beth and I left after this as there were a lot of issues with trains, but overall, it was a lovely day. I’ll definitely be looking to attend future NYA Lit Fest events! 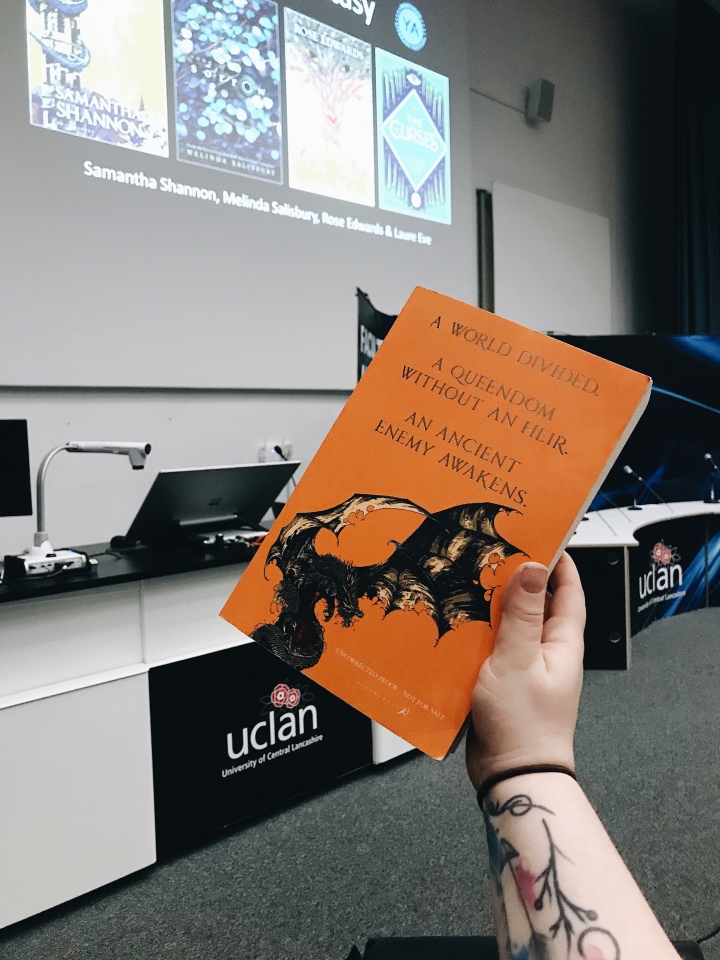