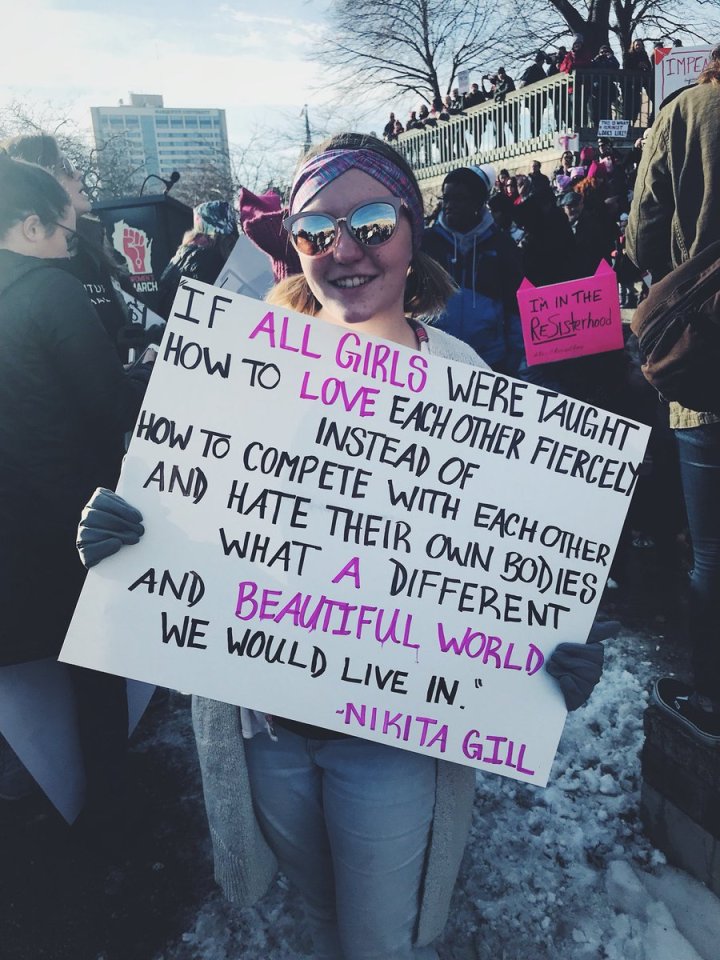 Another year, another Women’s March! For those who are unsure what it is, the Women’s March was a worldwide protest on January 21st 2017 and as you can see, has continued onto this year and many years to come. People of every gender take to the streets of their towns and cities to ‘advocate legislation and policies regarding human rights and other issues, including women’s rights, immigration reform, healthcare reform, reproductive rights, the natural environment, LGBTQ rights, racial equality, freedom of religion, and workers’ rights.’ And as you will tell from some of the photos, a lot of these messages are aimed at Trump. 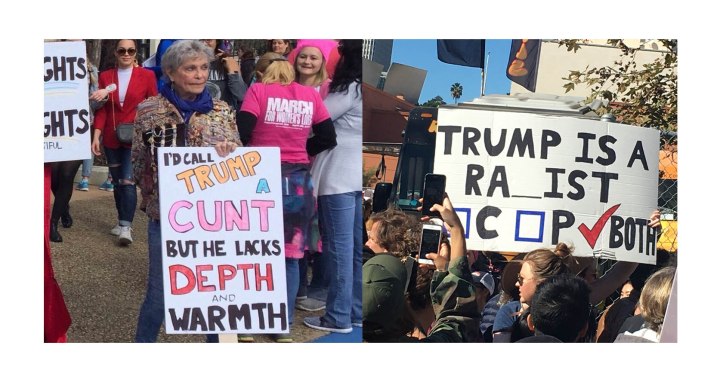 This day each year really is about the celebration of anybody who identifies as a woman showing their strength, determination and wit. It it estimated that around 300,000 people attended the LA rally and 100,000 attending in New York. Tamika Mallory, co-president of the Women’s March board said, “People were pretty damn mad last year and they’re pretty damn mad this year.” Protests are expected to take place in over 250 cities both in the US and overseas. Seeing these turnouts is amazing, but even more so when we realise this year commemorates 100 years since women got the right to vote! It’s just a shame we’re still out here fighting against fundamental rights. 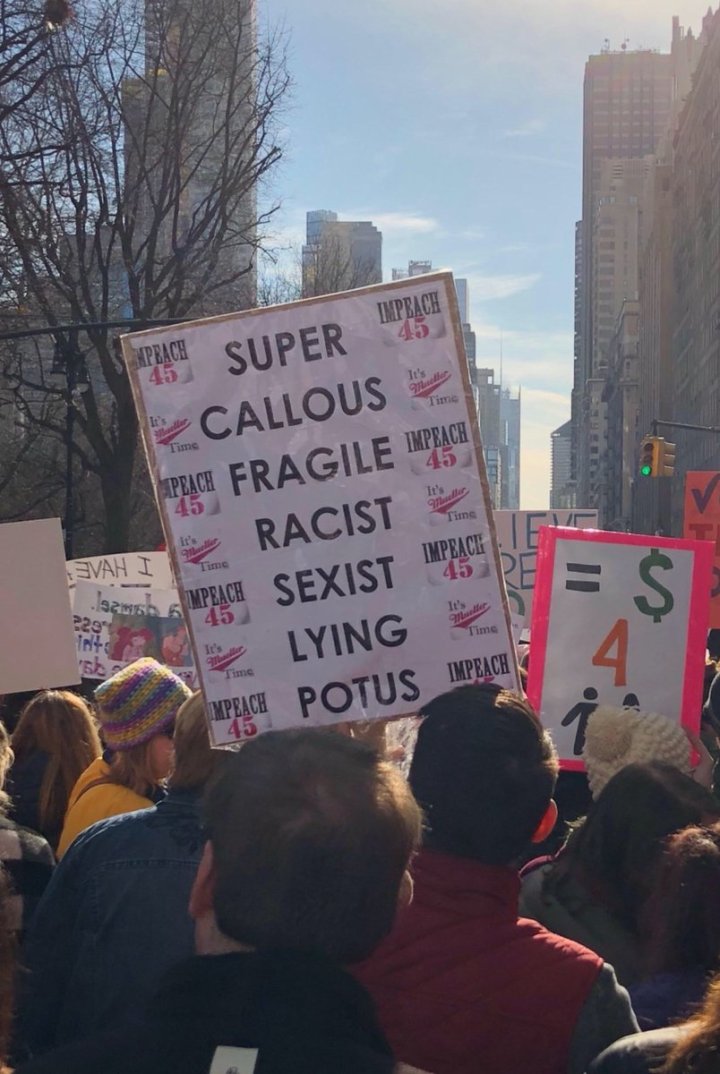 Halsey also took to the streets of NYC and delivered a poem titled ‘A Story Like Mine’ which you can see here but trigger warning for rape/sexual assault.

“yell at the top of your lungs. be voice for those who have prisoner tongues. for the people who had to grow up way too young. there is work to be done. there are songs to be sung. lord knows, there is a war to be won.”

This article encourages you to remember the people who have actually been turning up to the marches – “To really be an active participant in the resistance, one must show up beyond Women’s March 2018 — and remember the Black women who have consistently been doing so.”

The Women’s March in Austin, Texas broke the record for the largest gathering in Texas history! (x)

Mark Hamill almost made me cry with this post – “Carrie would be SO proud!” 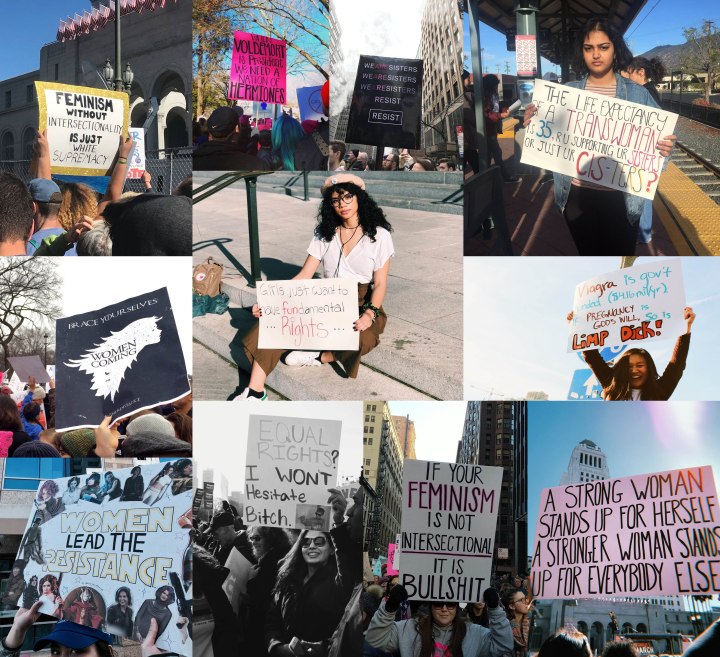 The photos and articles I’ve posted here are such a small amount compared to the others out there. The marches are still happening, voices are still our loudest weapons and even if you can’t attend any of them yourself, you can support in other ways and most of all remember, not all women have vaginas and not everybody who has a vagina is a woman. As Halsey said in her speech, ‘we are not free until all of us are free.’ So that is why we continue to stand tall and fight not just for one day a year, but every day, of every year.

If you want to see more photos and read more articles, I definitely recommend going into the #WomensMarch2018 hashtag on Twitter, Instagram and Facebook. Just remember to filter out the absolute morons. For now, I’ll end this post with a statement made by Women’s March co-chair, Linda Sarsour – “They call us ‘controversial.’ They say we make too much trouble. What I say to them: Well-behaved women rarely make history.”

Two Book Thieves is made up of two British girls, Angharad and Becky. TBT started as a place for us to review our favourite books, and then branched out to include our love of travel and a bit about our day to day lives. Feel free to get in touch with us at twobookthieves@gmail.com!