Another month, another Fairyloot unboxing! September’s Fairyloot theme was “Magic and Mayhem” and when I found out it’d be quite a Russian fantasy based box, I knew that I had to have it. As always, spoilers are below the following photo, so if you’re still waiting for your box and want it to stay a surprise, look no further! 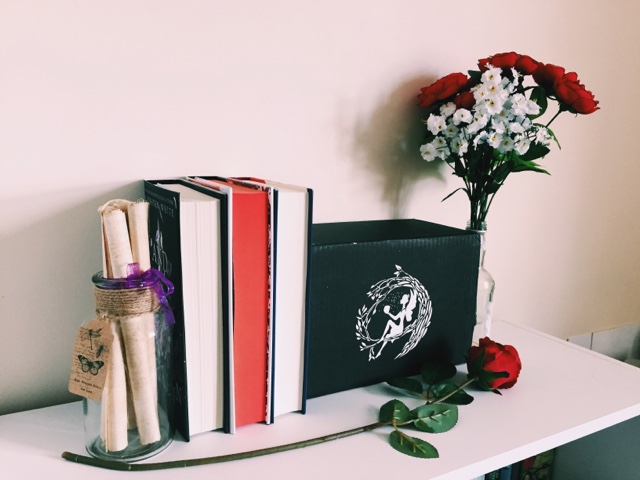 So this month’s box had some absolutely amazing items! Obviously, with Russian fantasy, you’re going to expect the Grisha trilogy to make an appearance – and it did in a big way.

+ First off, Castle of Fables created three different candles for this box, based on the Grisha orders – Materialki, Etherealki, and Corporealki. I got the purple Materialki candle, which smells amazing!
+ Another Grisha based item was a notebook from The Literary Emporium – it features the three Grisha orders on the front of it.
+ The third item inspired by the Grisha Trilogy was a Second Army poster by GoodNightKittens!

+ The box included this gorgeous matryoshka doll necklace – it’s so cute and tiny, and fits really well with the book in this month’s box! The necklace was made by Pastel Clouds Jewellery.
+ Another exclusive item was this set of A Darker Shade of Magic badges by Book Otter. Also from Book Otter was a little Felix Felicis sticker! 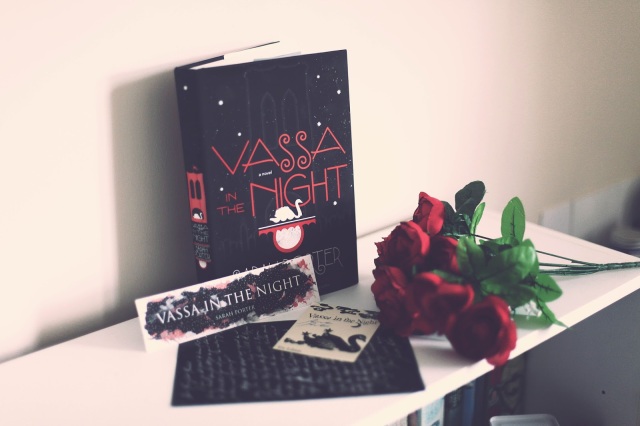 Now, onto this month’s book – Vassa in the Night by Sarah Porter! I’ve been wanting to read this book for a long time so was pleasantly surprised to find it in my Fairyloot box! Alongside the book was a letter from the author, a signed bookplate, a postcard featuring some of BY’s merchandise from the book, and also a Vassa in the Night bookmark from Behind the Pages!
+

Did you get this month’s Fairyloot box? What did you think of it?